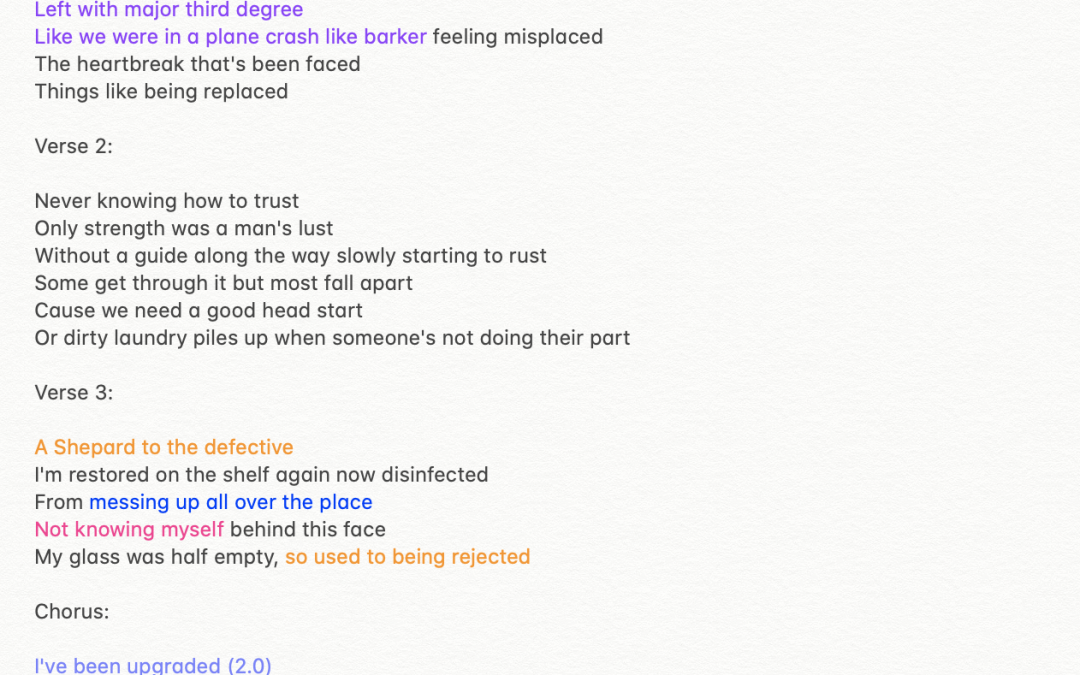 It was on a Friday night my daughter Emily had 3 friends over and I had just laid down to relax and look at Instagram. I saw Katy Perry’s post about her song “Smile”. It was the first time I saw the lyrics to the song as I had not listened to the song “Smile”, yet. She posted “this is my inspiration to writing smile” with a pic of Lionel Richie’s smile and some lyrics.

My heart sank, I couldn’t believe my eyes. I couldn’t believe the lyrics I saw. It was like reading my song. I looked again and again and told my husband to look and he said it looks like she stole your song and I broke out in tears. I knew it right away when I saw the song, that it was mine. That could hurt me, only in a way that it hurt me, because I’m the one who wrote it. Katy Perry’s song “Smile” has significant similarities to my song “Upgraded 2.0” that I wrote and shared in 2014, then also shared in June when we actually bumped into Travis Barker and got to talk to him about it. It’s not a coincidence that Smile copied 6 pieces of my song’s story, with same key lyrics 3 of the times and the rest of the 6 key parts taken from, just changing synonyms and rephrasing. That’s plagiarism! You can’t copy my work and call it yours without giving me credit. You can’t derive your lyrics from mine without my permission. Update: See my update about even more similarities on my next blog post: Katy Perry Smile Lyrics have 12+ Similarities to My Song!

Don’t think it’s impossible because she’s a celebrity and I’m not. I’m sick and tired of big celebrities thinking they can hurt the little guys. This has happened so much in music history! Someone recently asked me, “are you sure she copied your song?” Do you know what you’re saying when you say that to me? You’re saying it’s not possible because I’m “just” a nobody compared to a celebrity in society. You’re saying a celebrity could not possibly want your stuff, you’re just a nobody. Just because I’m a “nobody” in society because I’m not a celebrity when it comes to music does not mean that I can’t write content worthy of stealing. That’s very rude and mean to say and you’ve put the celebrities on such a high pedestal in society that people actually think they are untouchable and it’s far from true! That’s why this stuff happens!! Celebrity musician or not, they are still just people with deadlines they have to meet just like normal people who work hard at their jobs. They are not these magical human beings created by a different God. We are all created by the same God and society just puts celebrities on a pedestal they think they are so high on they are untouchable. They just got noticed for work they did, that’s all that makes them different. There’s millions of even more talented people who just haven’t been listened to or given a chance. So don’t go there!

I asked to work this out privately, but they ignored me. So now this battle is going legal and public! I will fight not just for me but for all the “nobody’s” as you call them!

Don’t form an opinion unless you study and compare the lyrics! 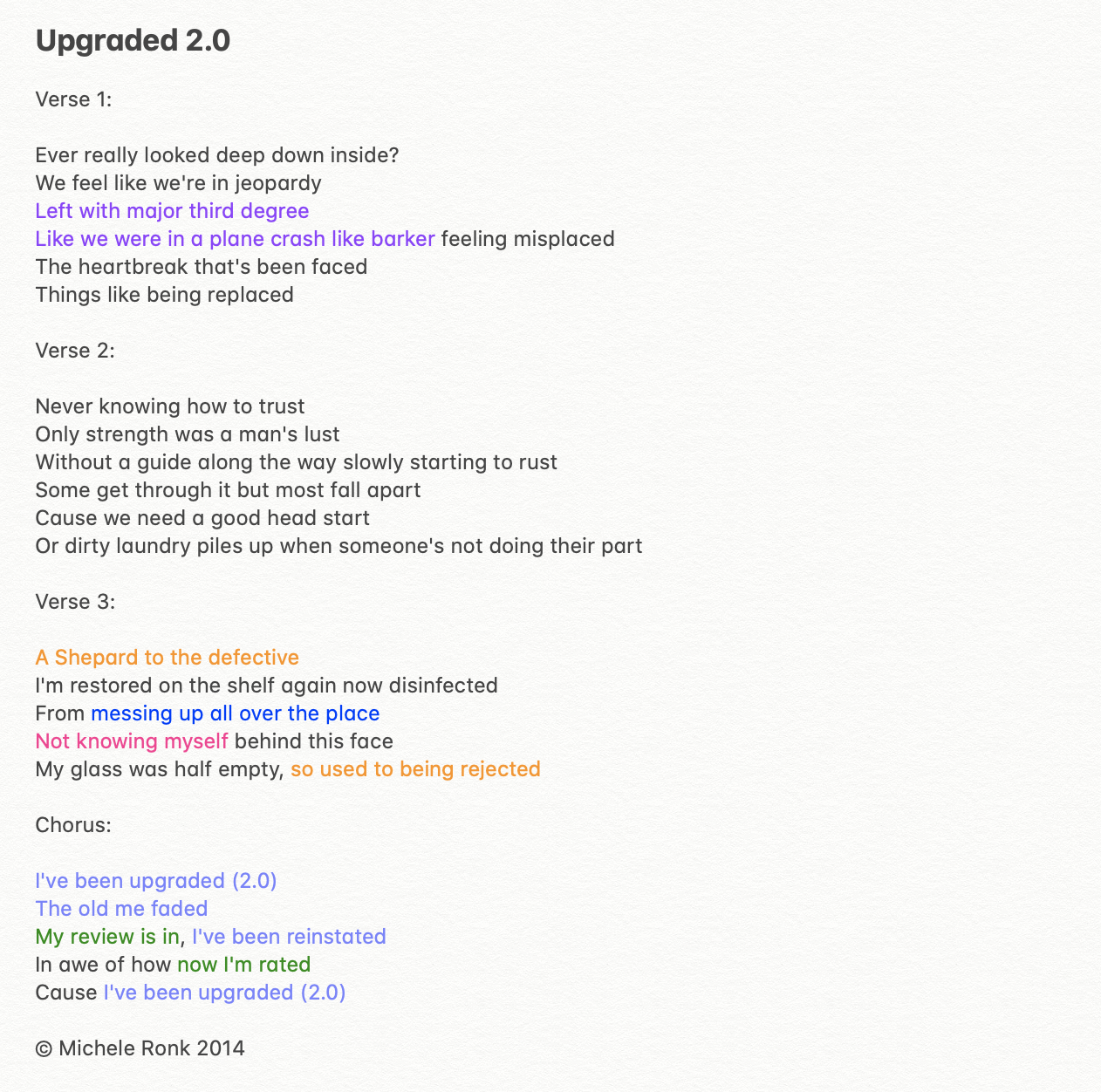 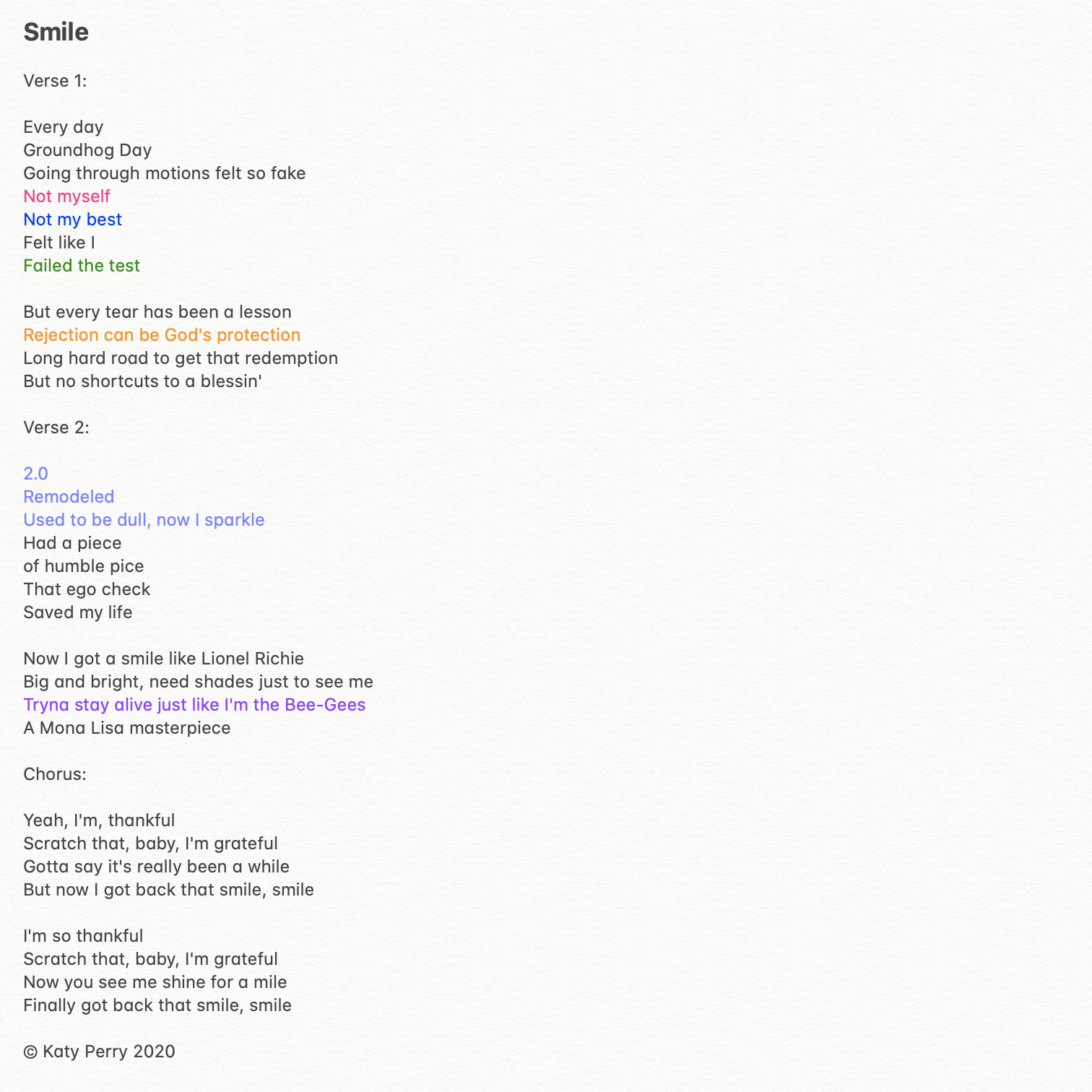