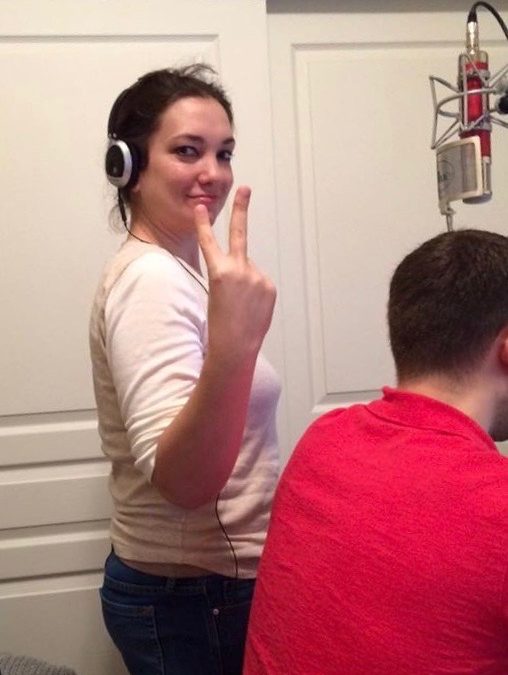 It’s been over 6 months since this started with seeing Katy Perry Smile lyrics for the first time, and seeing the similarities to my song Upgraded 2.0. I just recently filed my “Upgrade 2.0”, Amended Complaint in my lawsuit with Katy Perry. It’s been insane for my family and I, completely learning law in six months to the degree that had to be learned to know how to fight a already hard topic… Copyright Infringement.

The lawyer I originally hired, who didn’t even do litigation, said something about Katy’s lawyers, that I knew it was going to be a battle no one could do as well as me, in the fight it’s going to take, meaning, I care about the song in a way no lawyer could, and so the process began to do this on my own. Well, now I know the law around copyright and it’s complexity.

Back on December 30th, they filed a “Motion to Dismiss”, (which basically is a request to have the case thrown out for not being legally/factually good enough) after telling me their intentions to do so on Christmas Eve, which is part of the process (you have to let the other party know you plan to file a “Motion” and have to try to resolve things, if possible, before filing them). In a nutshell, they did not give me that opportunity to do so and I let the court know. I filed my response back and the Judge ruled and because I did my copyright for my lyrics wrong, as in, I only did part one of my copyright “Preregistration” but not the second part, which was following up with a copyright “registration”. So, the Judge ruled in favor of their Motion to Dismiss because of the copyright problem but ruled with a “leave to amend”, which means I could amend my complaint to fix the deficiency, so to fix the copyright problem and amend the complaint, and that the case did not get closed! Katy’s lawyers asked for it to be closed but the Judge let me amend and fix it within 20 days, which I was so thankful for… so thankful for! It could have been all thrown out at that very moment but the Judge’s ruling was very kind. In fact, the Judge wouldn’t have given this leave, or permission, to amend, if he thought that it would be futile, or pointless, as what would be the point of fixing the copyright issue, if he is just going to turn around and dismiss it once I do, so there is definitely implication that he sees the overall merits, otherwise he would have just dismissed it with no leave to amend, and it would have been done for good. I still am thankful every time I think about it and am thankful I got to come back with even a stronger, “Upgraded 2.0”, complaint knowing how to do it even better now. I filed my “First Amended Complaint” with the Court on February 26th.

Their lawyers, of course, let me know again that they would be filing another Motion to Dismiss on this new amended complaint with the correct copyright. We had a call about it, this time, but as expected, it did not resolve any of our disagreements and wow was it a call to remember forever, how insane that call was. There was this beeping going on non-stop in the phone call, like a phone was dialing numbers, it was happening so much that I had to bring it up and say this is not ok and they called me back…  Well, that’s all I will say about that brutal call. So, now I’m waiting for that motion to dismiss and then I will file my opposition papers back to it.

Again, this has been a insane time for me and my family. It has taken so much time and money and I’m not surprised by any of it, it’s what you have to do when it’s a battle that needs to be fought. Things in life are not easy. You have to work hard. Like how I work hard on my songs.. The lyrics I write are not just words, they are stories told in only a way I can tell them, and Upgraded 2.0 was a very personal song about my life, that I can only tell that way once, and if you don’t fight for your rights in this lifetime, then what is the point of doing anything, if you just let it be ripped away. I’ve always been one to step up to challenges that some would walk away from, but that’s not the way God built me. My identity is not in this case, either way it plays out.. It is, however, a part of my story and life now forever, but I’m still a Christian, wife, mother, songwriter and singer who will not give up and will still be out here no matter what happens. Now, this is a huge part of my life and taking a lot of my time but you have to give everything your all, and I hope and pray the Judge sees what’s on the table in this case and will rule in my favor for this Motion to Dismiss, so the case can continue to proceed towards trial. It’s out of my hands, and their lawyers hands, it’s in the Judge’s hands but, actually, ultimately in God’s hands. Pray and I will be will praying all the way to the ruling of the next step in this case. Never give up! With God all things are possible!