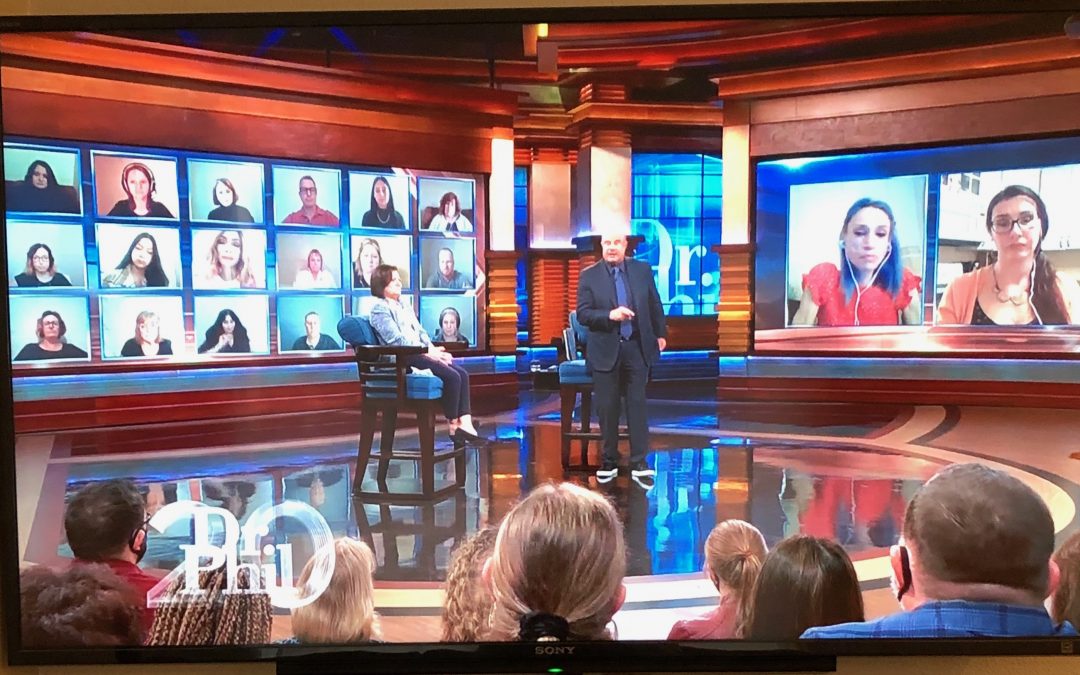 I just watched Dr. Phil after seeing a commercial about the show about a woman with anorexia. Never watching Dr. Phil or any talk shows for years and years I stumbled across that commercial today and now I know why.  A 68 pound anorexic woman was on the show and I started watching towards the end and didn’t see the part about her teaching people how to eat unhealthy, I was picking up my son from school (that I was blessed with after surviving my eating disorder) so I have no mention in that part of the show but what I did see when I turned it on was beyond disgusting the way he was treating her. He was heartless and shaming her for being that sick. Shaming is not a overstatement. It was heartless and no way to treat someone who is on their death bed with a eating disorder. I cannot even believe how he treated her. Saying people with cancer don’t choose to get it and she has the choice to change her eating disorder and they don’t, like it’s a flip you just switch because you can survive a eating disorder and some with cancer cannot.

To make her or anyone feel like their eating disorder is their fault, and how dare they, is beyond disgustingly wrong. How dare he shame her like that. There is a big difference with being stern about the seriousness of someone’s health vs shaming them and blaming them like it’s all their fault. You definitely lead it with love while having serious talks and realize you can’t just say if you show serious signs in the next week that your serious I will pay for your treatment like Dr. Phil said today. So if she doesn’t eat this week a couple meals, because that’s what the disease is, treatment is out for her cause Dr. Phil makes the rules with all his money. He simply showed how much compassion and how much he does not know about eating disorders with his show today and I hope he feels like the man after the way he bullied her publicly and anyone watching the show that is currently sick or has been in their life like I have. I felt a great personal attack from him and I pray she does not give up on life because the ultimatum he gave her is likely to fail and she still deserves treatments and deserved to be loved and not shamed for his tv ratings. If you have to act like that for your show I suggest you end it all together and fix yourself Dr. I’m glad my Savior is nothing like you Dr. Phil, and if He was, I would be dead.