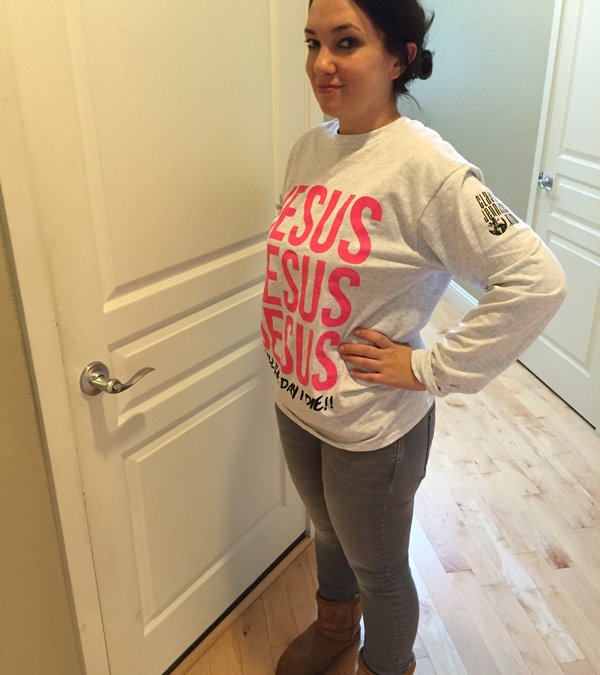 I watched an Instagram video of a Christian I respect. She said something that caught my attention talking about two conservatives fighting, and whether Christians can sue each other in Court. She said Christians do not sue. She’s partly right.. partly wrong. I get the message and what she means and she’s right with the intention behind what she’s saying. Well, I’m a Christian and I’m in a lawsuit. I’m the plaintiff, meaning I’m the one who brought the lawsuit. So, of course that got my attention but I knew I needed to write about my situation now as to what she said in her video. This is what the Bible says about this:

“When one of you has a grievance against another, does he dare go to law before the unrighteous instead of the saints? Or do you not know that the saints will judge the world? And if the world is to be judged by you, are you incompetent to try trivial cases? Do you not know that we are to judge angels? How much more, then, matters pertaining to this life! So if you have such cases, why do you lay them before those who have no standing in the church? I say this to your shame. Can it be that there is no one among you wise enough to settle a dispute between the brothers, but brother goes to law against brother, and that before unbelievers? To have lawsuits at all with one another is already a defeat for you. Why not rather suffer wrong? Why not rather be defrauded? But you yourselves wrong and defraud—even your own brothers!”

“If your brother sins against you, go and tell him his fault, between you and him alone. If he listens to you, you have gained your brother. But if he does not listen, take one or two others along with you, that every charge may be established by the evidence of two or three witnesses. If he refuses to listen to them, tell it to the church. And if he refuses to listen even to the church, let him be to you as a Gentile and a tax collector.”

You have to try to work it out with any quarrel you could be in with someone. You have to. You can try to work it out all day long but if the other party does not want to work it out and simply ignores you and ignores your offers your left only with needing help from the court system, especially with a very non-trivial matter like copyright infringement. A brother to a brother.. person to a person that you can easily communicate with or have access to you can try to keep working it out a lot easier than if that person is on a different level of access to communicate with because of the walls that get put up with certain levels of societal hierarchy, i.e. a Celebrity…… Some become unreachable, unlike a brother is. This is the way society is and you can only try so hard with people that their positions put up so many walls a person cannot just reach them easy. I tried so very hard to get to the people whom I am in this situation with, that there is a problem and it needed to be fixed. Also, I am also not dealing with a “brother” (or “Sister”) in Christ, sadly Katy has proudly walked away from God. It took a lot of work to find the right people to be able to reach her and I did, and I contacted them with a very personal letter and asked to work it out privately and to keep it out of public because I’m a Christian first and a Mom first before anything. I tried and they received it and started watching me and my Instagram stories to see what I was going to do, like it was a game or something, but choose to ignore me and not work anything out with me and took me as a joke that was not serious about the matter, or they thought they did not have to listen and planned on ignoring me. Which is wrong to do because when there is a serious problem, like copyright infringement, the problem does not just go away. Even if they hope and think it will. They ignored me and knew well they were ignoring me. With the relationship I have with Jesus, people on different levels in society do not scare me.. I do not worship man even the biggest music labels.. and that’s who I was dealing with. Praying and waiting for them to respond I kept my word and did not talk about it in public until the day I gave them to respond by. Praying and knowing I was going to have to move forward with legal help, now that the day passed I did just that, and I hired a lawyer to write and send a formal cease and desist letter. I prayed, we prayed, and knew it was something that I had to do and listened to what I believed and still believe God was and is telling me to move forward with the next steps and you can’t ignore God. Just after I moved forward with that legal action, after trying to work it out privately I was at Starbucks with my oldest daughter and the Bible verse of the day was just that. I showed my daughter the Bible verse and I said look.. and it was just like God smiling on me that I’m doing the right thing. I didn’t write the verse down and I will forever be sad I didn’t because it’s something that was very important at the right moment I would love to have, to be able to reflect on, going through this. It was scripture about legal things needing to happen. As a Christian, I didn’t just do this without God having everything to do with it, that is my point, and every situation is different and it’s very different when your dealing with a celebrity and a huge corporation verses brother to brother. No you do not just sue your brother or friend or just any person. Those people I just mentioned probably wouldn’t be trying to steal your song either and wouldn’t be in this type of quarrel with them.. it’s the levels I mentioned where you can’t easily work out anything with them because they are blocked of from the world and take advantage of that in other directions also like the big companies stealing from the little guys like me. Nothing new. Christians deserve justice too and God is a God of justice. Especially about a song about His child’s past and new life because of Him. You can’t steal my testimony from death to new life.